Insurance and cross-platform efforts were the winners. 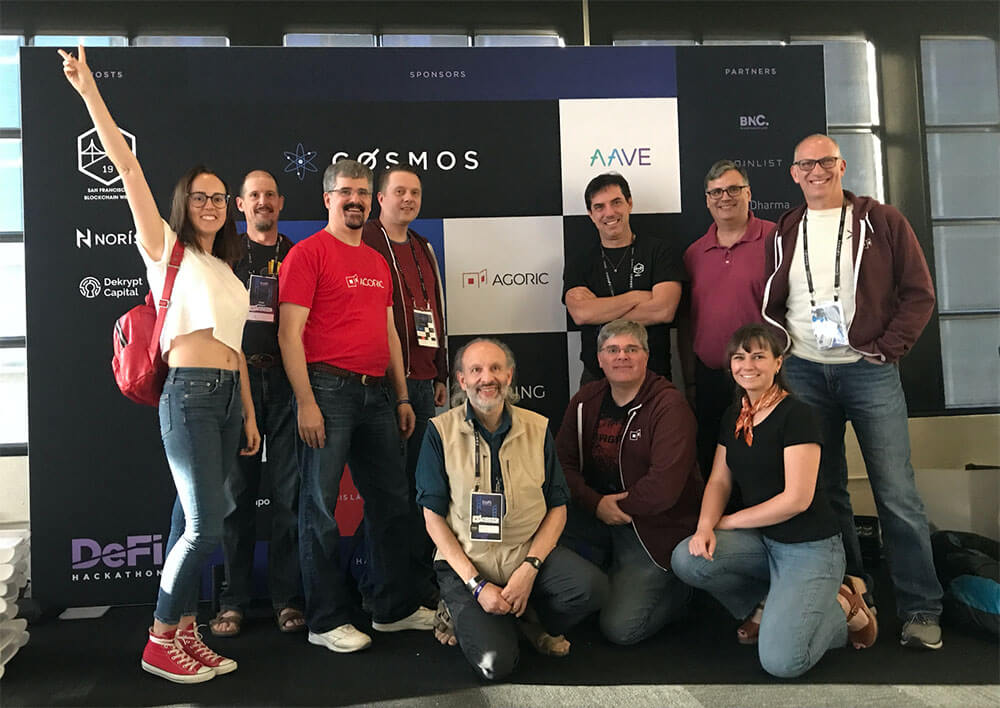 Agoric co-sponsored the DeFi Hackathon during the recent San Francisco Blockchain Week (October 28 - November 3). Its theme was “How will you change the future of finance?” We offered hackathon awards for the best projects built on our framework, and we’re excited to announce the two winners.

For the SFBW hackathon, we put together a developer experience allowing users of the SDK tool to create an end-to-end application of their own devising, one including a UI, a webapp, and smart contracts, all on the new Zoe framework. This effort is a first step to making it really easy in JavaScript to build new decentralized businesses with a web front end integrated with browsers. 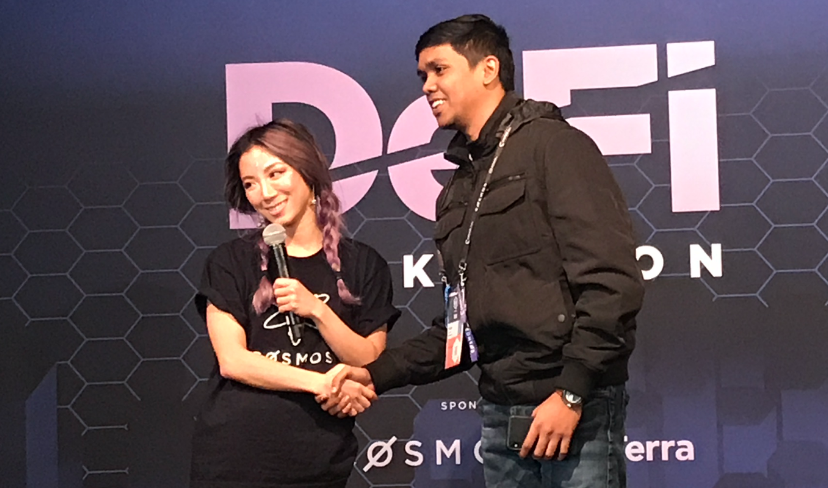 The first-place award of $2,500 went to Harish Pasanna and Dom Steil for their “indemDeFi” project. The second-place award of $500 went to Dan Finlay and Michael FIG for a project they called “Agoric in Metamask in Agoric.” Both these projects, it’s worth mentioning, went on to win Cosmos prizes at the Hackathon as well.

Per Pasanna and Steil’s description, “indemDeFi” aimed “To streamline the delivery of benefits to those sets of citizens affected by displacement as a result of a catastrophic loss event. … [T]he insurance industry needs to expedite delivery of benefits and services to minimize disruption to their customers.” They started building their smart contract by using a simple exchange that we created for the hackathon as part of our developer toolkit. More on the “indemDeFi” project in the summary report. 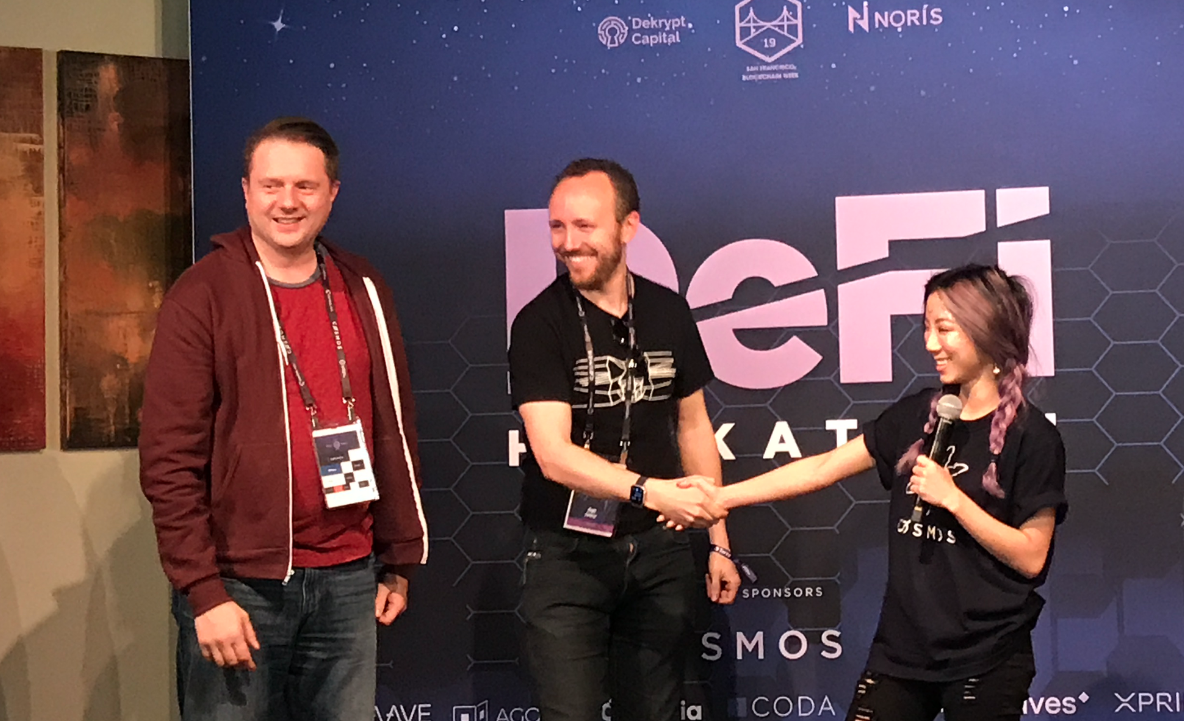 Metamask, which brings Ethereum to your browser, already has a relationship with Agoric. Finlay and FIG set out to “create this core integration of Agoric’s SES blockchain platform with the MetaMask wallet to enable developers to create seamless, secure Dapps.” The MetaMask project used their Snaps extension system to provide account information and payment approval on the Agoric chain. More on the project in the summary report. (The Agoric crew was present at the hackathon to provide technical support. FIG, an Agoric employee, was deeply involved in this project, and the award recognizes his authorship.)

The DeFi Hackathon, which attracted over 300 developers from around the world, was held at the two-floor Terra Gallery in San Francisco’s SOMA district. Of the 53 teams submitting projects, 11 finalists were awarded bounties. The first floor was used for booth expo, conference room, and a snack station. The second floor had a large open space area with shared desks, a smaller stage for presentations, and a sleeping area (this is a hackathon, and it ran 24 hours a day for three days). The atmosphere was fun and friendly. People were very interested in collaborating and learning about other projects.

Thanks to everyone who participated. It was exciting to see, for the first time, projects like “indemDeFi” and “Agoric in MetaMask in Agoric” being built using Zoe and ERTP. We look forward to our framework getting in the hands of more JavaScript and crypto developers in the coming months.

Sign up to build your own project on the Agoric platform via our testnet (agoric.com/testnet).